Day 5 started off early again because really, what is sleeping in? We actually did have to get a jumpstart on the day to make sure we had enough time to see a plantation and get to Savannah before dinner. Our first stop on the agenda was Boone Hall Plantation, which if you’ve been keeping up with recent news, is in fact the very place where Blake Lively and Ryan Reynolds got married. If that isn’t cool enough, a bunch of scenes from The Notebook were shot here, most notably the main house was Allie’s (aka Rachel McAdams) summer home. 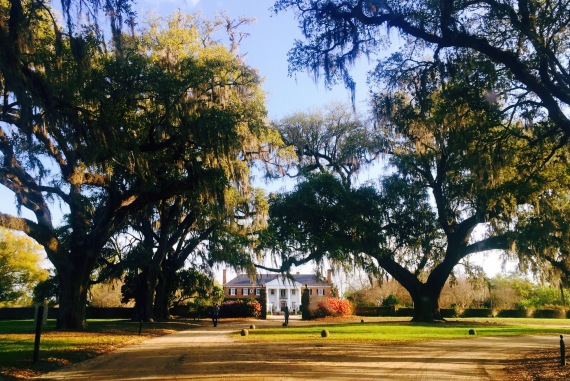 The drive up to the plantation is absolutely breathtaking. Three-hundred year old live oak trees covered in Spanish moss line the drive to the house, which is formerly known as the “Avenue of the Oaks.” It was easily one of my favorite parts about the plantation.

We got there right when it opened (8:30am for summer hours) and had some time to kill before any of the tours started. We walked through 2 beautiful gardens on either side of the front walkway and then explored the slave cabins. Each cabin is over 250 years old and has a different theme of black history. At 9:30am, we caught the first tour of the downstairs of the main house. During the tour, our guide walked us through the long history of the plantation, it’s many owners, and the ways it has made money over the years which included everything from cotton to brick making to pecans. It was just beginning to drizzle by the time we finished the tour of the house, so we quickly headed over to the plantation grounds tour. Luckily, the coach had a covering because the rain got much steadier by the time we made it over there. The tour allowed us see everything from where one of the water scenes in The Notebook was filmed (from what we remember we think it was one of the early scenes in the movie where Noah tells Allie to “get in the water”) to where they still grow produce today. Along the way, we were kept entertained by our tour guide’s quick wit and extensive knowledge of the plantation. By the time the tour finished, the rain had let up a little, but not enough for us to make the walk over to the Gullah presentation. Next time, we will definitely need to check it out though, because we were repeatedly told by the staff that it was the best presentation/tour they offered.

Because we left Boone Hall a little bit earlier than we had expected, we decided to try out Roadside Seafood, another suggestion from Jarrod of The Dixie Dish. It was definitely worth the stop. Everything was fresh and perfectly cooked, plus even though alot of what we ordered was fried, it wasn’t so heavy that it put us into a food coma, which was good since we still had two hours to drive.

Once we arrived in Savannah, Georgia, we did a quick drive through Bonaventure cemetery as recommended by our cousin. The cemetery is eerie yet beautiful with its extravagant tombstones and crypts and tropical plants and palm trees. After checking into our hotel, we decided to rest up a little before heading into town to shop and get dinner. While in Charleston, Savannah Bee Company honey kept popping up everywhere. Thinking this would be the perfect addition to the vast amount of tea we got from the Charleston Tea Plantation, we chose to wait until we got to Savannah to hunt down the actual shop. To say this place is awesome would be the understatement of the century. Not only do they have like 12 different kinds of honey, all of which you can sample before purchasing, they also have tons of beauty products like lotions, butters and soaps as well as home products like candles.

And to top it all off, they also carry about 5 different kinds of mead in store that you can sample for just $5. If you’ve never heard of mead, it’s an alcohol made from honey. Fruits, spices or hops can be added to the process to create different flavors. Our favorite was a Dry Hopped version from Redstone Meadery called Nectar of the Hops. The sweetness from the honey makes it the perfect drink for summer. After spending way more than you would think two people could spend in a shop whose products are all made out of honey, we decided to head down to the river to check out River Street before dinner. The vibe on River St, while clearly touristy, was also super beachy and fun. It definitely made us regret that we won’t be in Savannah long enough to go bar hopping.

We finished the day off with dinner at The Public Kitchen and Bar. They don’t take reservations here, and since it was a bit cold out, there was a wait to get a table inside which actually worked out okay because it gave us a chance to drop off our shopping bags at our hotel and make it back just in time to be seated. As has become our tradition on this trip, we tried a local craft beer and had some amazing food. 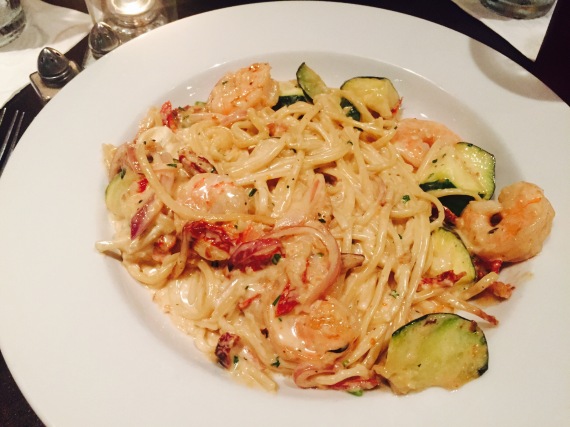 While The Distillery looked tempting on our way back, we decided to call it a night so that we could wake up bright and early and make the most of the rest of our time in Savannah.

Be sure to check back tomorrow to see how we made out exploring Savannah’s Historic Downtown before making our way to last stop of this trip, Myrtle Beach. Plus keep up with us all week as we post live to instagram! Follow us @TheDailySoiree or search #SoireeGoesSouth.