We came across Homegrown Brewhouse while walking around Summerville, SC on the first day of our road trip. After a ten hour drive, a beer to relax sounded perfect and because Homegrown Brewhouse looked pretty cool inside. we decided to check it out. Our dad is really big on craft beers which usually had us leaning towards them too when grabbing a beer.

When you walk in the first thing you notice is the huge chalkboard that’s behind the bar that displays everything from the beers on tap to the nights specials in colorful chalk designs. The overall theme of the bar is modern industrial thats finished off with cool light fixtures. Once we grabbed a seat at the bar, we were in awe of the 40 craft brews all on tap and almost all of which are from South Carolina. Their menu was easy to follow separating beers by style (wheat, pale ales, etc.). I opted for a Whitbier called White Ale from New South and Tori got The May, a Pale Ale from River Dog Brew.

We didn’t get a chance to try the food since we were still pretty stuffed from our lunch stop at Fuller’s BBQ on the drive down. However, Homegrown Brewhouse did have a few items provided by a local bakery and from what we could see, it looked pretty good.

The other awesome thing about this bar is their weekly specials. On Mondays they currently offer a $5 flight consisting of 4/4oz beers. Of all the places we’ve been to, this is probably one of the best deals we have ever seen for a flight of beer. On Fridays, they get their new set of kegs. Therefore, every Thursday, they do a “Kick The Keg” event where they have specials on certain beers in hopes to finish off the old kegs to make room for the new ones coming in the next day. A glass will cost you $3 and a growler fill runs for $12. 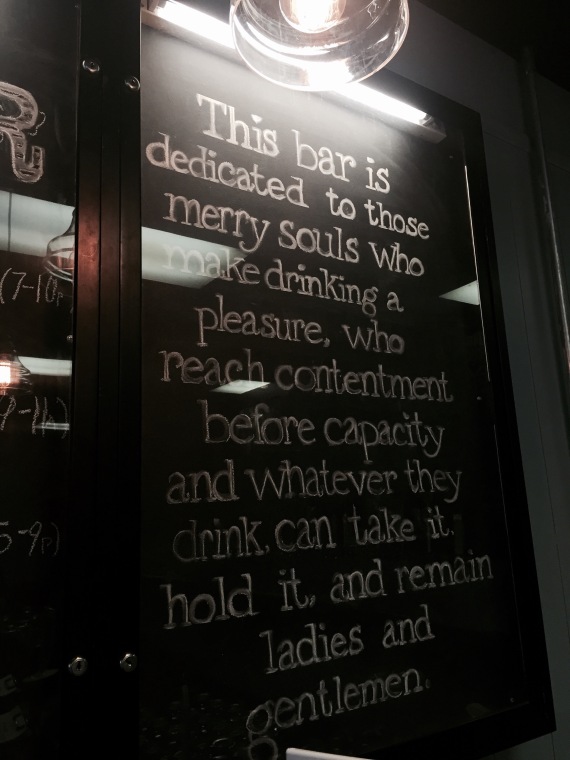 Overall, the staff was super friendly and knowledgeable about each of the beers. If you’re unsure what to get, just ask one of the bartenders and they’ll steer you in the right direction like they did for Tori. In addition to really knowing their stuff, they really know how to perfectly pour their beer so there’s just a touch of foam and its filled right to the top. With all that, we will definitely be stopping back the next time we are back down south to just hang out and drink a few more craft brews.