While we still haven’t officially been to Disney World, Kate did have a conference in Orlando this past spring and had a chance to check out some of the Disney resorts (more to come in a future blog post). One of her favorite stops was the Polynesian Hotel where she had a chance to try out the alcoholic version of a Dole Whip, the Spikey Pineapple. 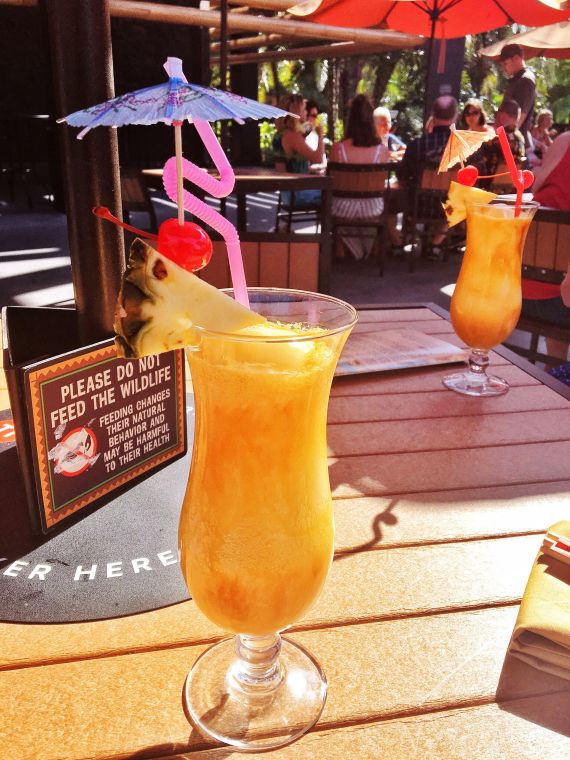 The drink is absolutely delicious and just dying to be turned into a pudding shot. So with our cousin’s second annual pig roast this weekend we knew it would be the perfect pudding shot to try out. 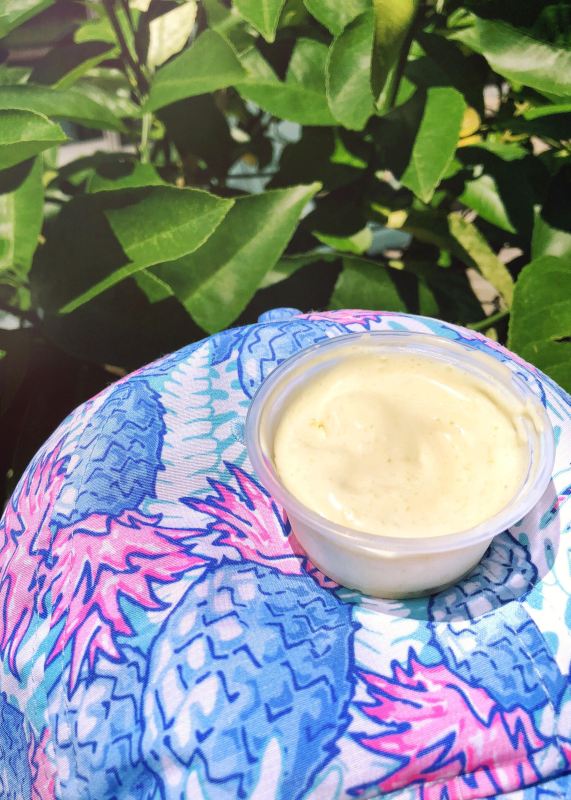 Not only is the pineapple whip a fantastic pudding shot, it is also the first time we’ve made a dairy free version. The mix between coconut milk and crushed pineapple with juice helped us get a similar texture to a pudding shot made with milk. It did freeze a little more solid than your typical pudding shot though giving it a consistency slightly closer to hard ice cream vs. soft serve. 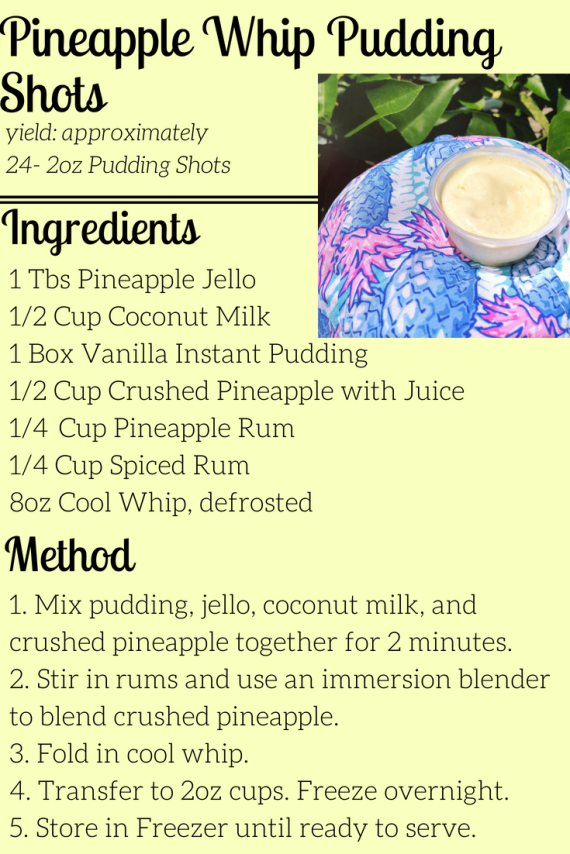 We can’t wait for everyone to try these Disney Dole Whip inspired pudding shots. We think they will be the perfect pairing for the pig roast today!