While I really enjoyed the time I spent this week in Austin, I must say that my lunch at Swift’s Attic was easily one of my favorite parts. I had first learned about Swift’s Attic from the TV show, Best New Restaurant on Bravo. I was ecstatic to learn that Swift’s Attic was not only in the area, but it was within walking distance from my conference hotel. From the second we walked in, I knew we were going to have an awesome afternoon. The ambiance was incredible and the staff was extremely welcoming. Once the seven of us were seated, our server, Mark, went through the lunch specials including the $4 cocktail special which was a pomegranate and vodka cocktail. Since I still had a few hours until my next meeting, I decided to give it a try. It was definitely worth the $4, although maybe a bit sweet for my taste. 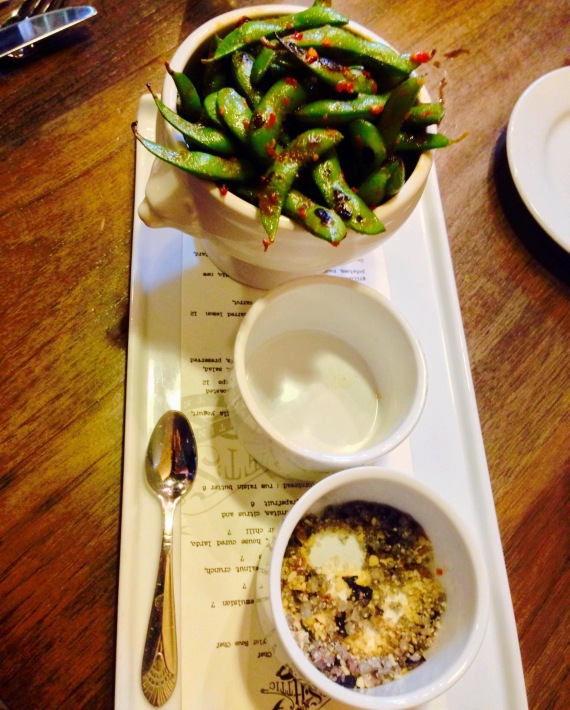 After we got our drinks, it was time to order. While we ordered, Mark made sure to point out which items were on the lighter side in case people wanted to add an appetizer or soup to their order. I ended up going with the Pop Rocks & Edamame for a starter because it had been highly reviewed on Bravo as well as by Yelp. The Pop Rocks & Edamame was not only delicious, it was the most fun I’ve ever had eating a meal. The whole table enjoyed them and it really set the mood for a great lunch. 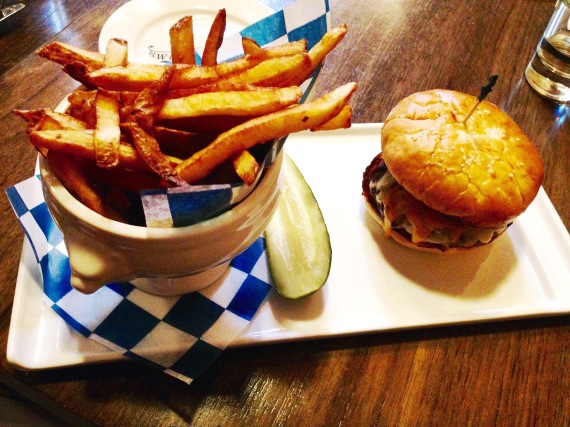 For my main course, I decided on their burger since they were made out of pork cheeks.  My burger was out of this world. I’ve eaten a lot of burgers and I must say this one was the best. Plus, it was the perfect size, big enough to be filling, but small enough that I wasn’t stuffed. The fries were also perfectly cooked and a great compliment to the burger. 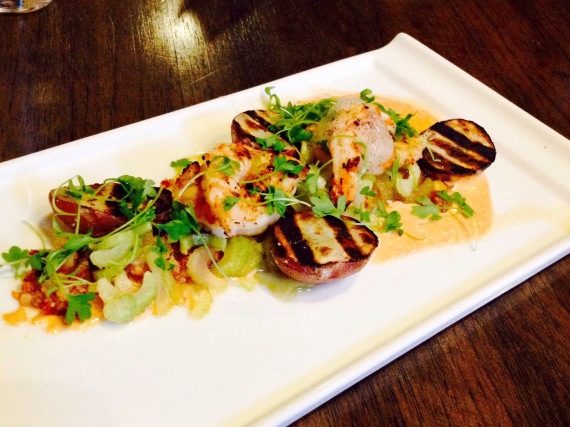 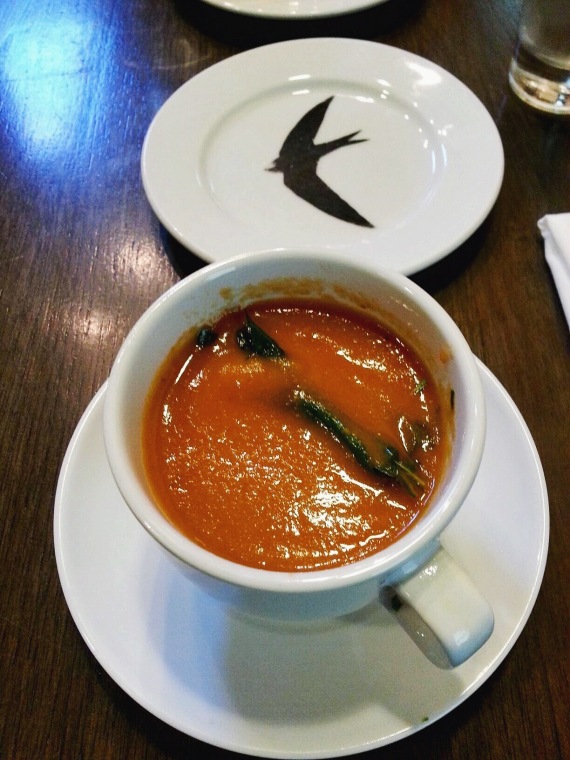 The Haute Country Shrimp Boil was the most popular item at our table, with three people ordering it. The shrimp were grilled wild gulf shrimp and it came with a sausage-corn sufrito, new potatoes, and a preserved celery salad. Since this was one of the meals that our waiter had said was on the light side, most people also ordered a cup of the tomato soup. 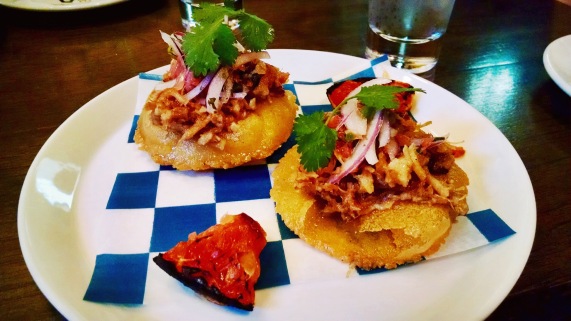 The second most popular item at our table was the Swift’s Attic Puffy Tacos starter which were an open face corn taco with pigtail carnitas, citrus & red onion relish, and grilled grapefruit. My friends then both chose the Thai Salad. While they had ordered chicken, there was a mix up and they ended up with shrimp. The waiter offered to fix it but it would take about 10 minutes. My friends didn’t mind so they stuck with the shrimp which they said probably tasted better anyway. We were really impressed with how great Mark and the other staff were about trying to fix their mistake and make sure everyone was happy. 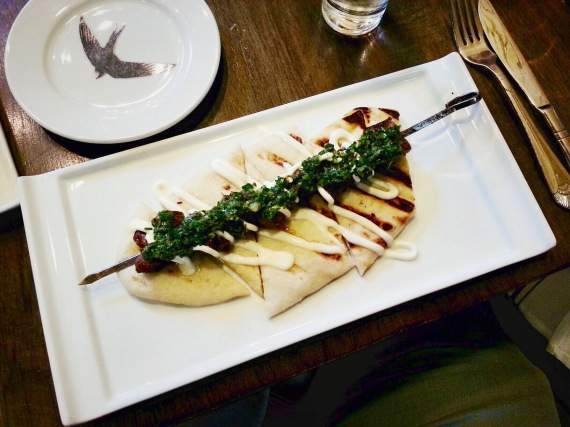 The last entree ordered by my group was the Beef Kabob with chili & cumin rubbed organic angus flank, chimichurri, creme fraiche, and house made flatbread. This item also fell into the light category but with a cup of soup was quite filling. My friend said it looked as good as it tasted.

It’s a rare event when everyone is extremely happy with not only the restaurant but with their choice of meal. However, Swift’s Attic definitely accomplished both. They were even able to split our check which was wonderful since we were all paying separately. By the end of the meal we were all trying to figure out when we’d be in Austin again so we could try their dinner menu.

**A special thanks to Elizabeth, Sarah, Chris, Michael, & Giselle for their help taking photos of all the food throughout our lunch!